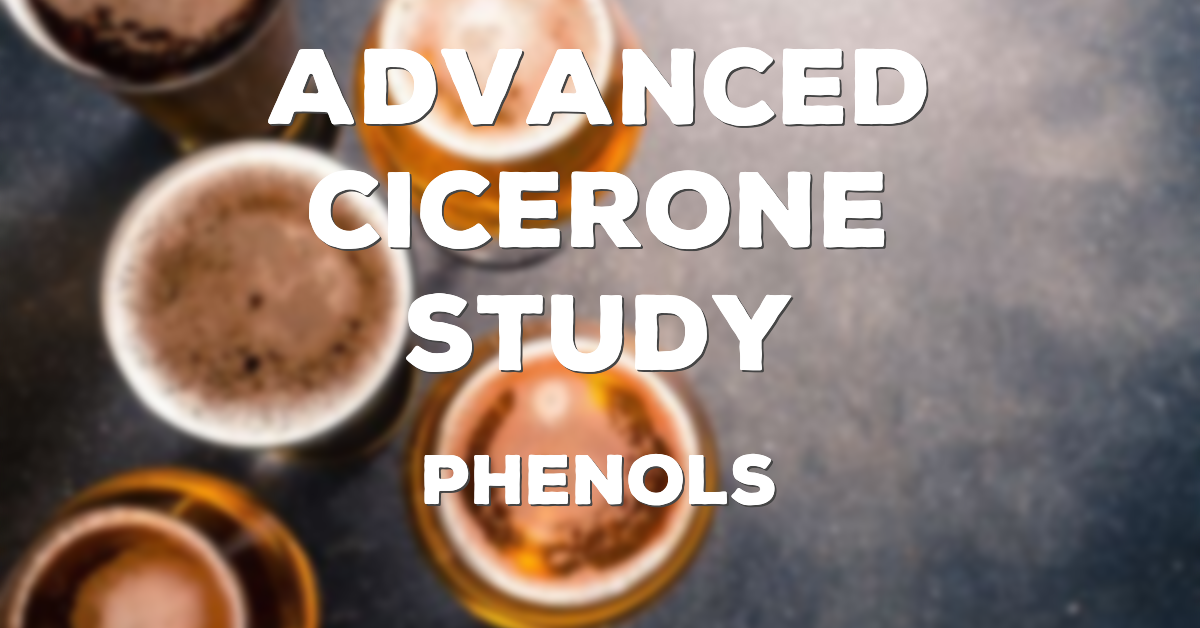 Ahh phenols…they really know how to spice things up.  But seriously, phenols can add a huge amount of complexity and character to a beer.  They give weissbiers their characteristic clove-like quality and give saisons that barnyard, animal, “je ne sais quoi” thing that makes them so delightful.  In some cases, they can even break the beer…looking at you chlorophenol.  Whether good or bad, phenols are an important component of many styles.  Let’s examine a few.

This phenol is generally associated with fermentation by Brettanomyces and gives the flavor and aroma of barnyard animals or farmhouse funk, sometimes even Band-aids.  In most styles this is an unwelcome component of the flavor profile and would be considered an off-flavor contributed by Brett.  Saccharomyces cerevisiae is not known to readily produce this compound.  The precursor used in the synthesis of 4-EP is p-coumaric acid which is found in all malts.  p-coumaric acid is first converted into 4-vinylphenol and then into 4-ethylphenol.  In a some wild ales and saisons, this compound is an integral part of the beer.

To prevent the production of this phenol it is vital that contamination by Brettanomyces is avoided entirely by utilizing sanitary brewing conditions.

This highly aromatic phenol is in the same class as vanillin and is produced from the precursor ferulic acid.  It is found naturally in most beers as ferulic acid is a ubiquitous compound in the husks of malts.  Its aroma and flavor are most pronounced in weissbiers and rauchbiers along with certain Belgian styles.  It is formed by the enzymatic or thermal decomposition of ferulic acid and is yeast specific due to the presence or absence of a gene known as PAD1+ which codes for the enzyme ferulic acid decarboxylase.  This enzyme is responsible for the conversion of ferulic acid to 4-VG and is present at high levels in the yeasts used to brew weissbiers.  If 4-VG is otherwise present, it could indicate contamination by wild yeasts or the pointed use of them in fermentation.

The simplest method for selecting for this phenol is to choose the appropriate yeast strain.  The brewer may also select appropriate grains as wheat malt and certain barley varieties produce higher levels of ferulic acid.  Elevated brewing temperatures may also drive the decarboxylase reaction to create more 4-VG.

In styles that are positively impacted by 4-VG a brewer can enhance the release of ferulic acid by allowing the mash to undergo a “ferulic rest” at 113°F and by raising the sparging temperature.

Chlorophenols are a group of phenolic off-flavors that are never a welcome addition to any beer.  They generally give aromas and flavors of Band-Aid, mouthwash, or medicinal qualities.  Generally this is caused by an interaction of chlorine with some phenol present in the wort.  The chlorine may be present in the water used for brewing or in certain cleaners and sanitizers used in the brewhouse.  When these combine with polyphenols from hops and malts or other phenols produced by yeast during fermentation chlorophenols may be created.  This compound can never be removed from the beer once it is present and it is nearly impossible to hide.

To control the presence of chlorophenols either don’t use chlorinated water or treat the water prior to using it.  Another way to prevent this compound is to ensure that all equipment is cleaned with the appropriate chemicals and thoroughly rinsed prior to use for brewing.

This phenolic aldehyde is most often associated with wood-aged beers although it may also be present due to the aging and breakdown of 4-vinylguaiacol.  This highly aromatic compound is one of the major constituents of wood and will be present to some degree in all barrel-aged beers.

If limiting vanillin is the idea, manage the storage of beers with 4-VG character and also age on/in wood for appropriate amounts of time.