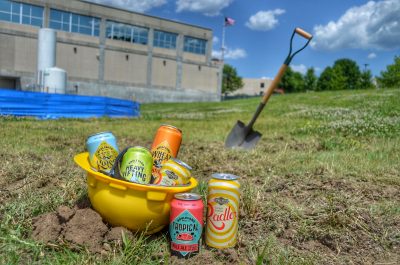 Boulevard Brewing announced recently that it will break ground on a $10 million expansion soon.

The expansion will render a 24,000 square foot facility that will accommodate a larger canning line to meet the demand of their canned beers.  The are said to “have an aggressive schedule” and plan to “be producing cans by the first quarter of next year.”

Canning craft beer has become the norm in the last few years, although it was very rare in the past. There are a number of benefits to canning rather than bottling beer such as, cans are impervious to light, they weigh less than bottles and are easier to ship, and are less expensive than glass.  This trifecta has resulted in the lowly cans’ recent popularity, and brewers are happy to oblige.