Back by Popular Demand….Victory White Monkey! 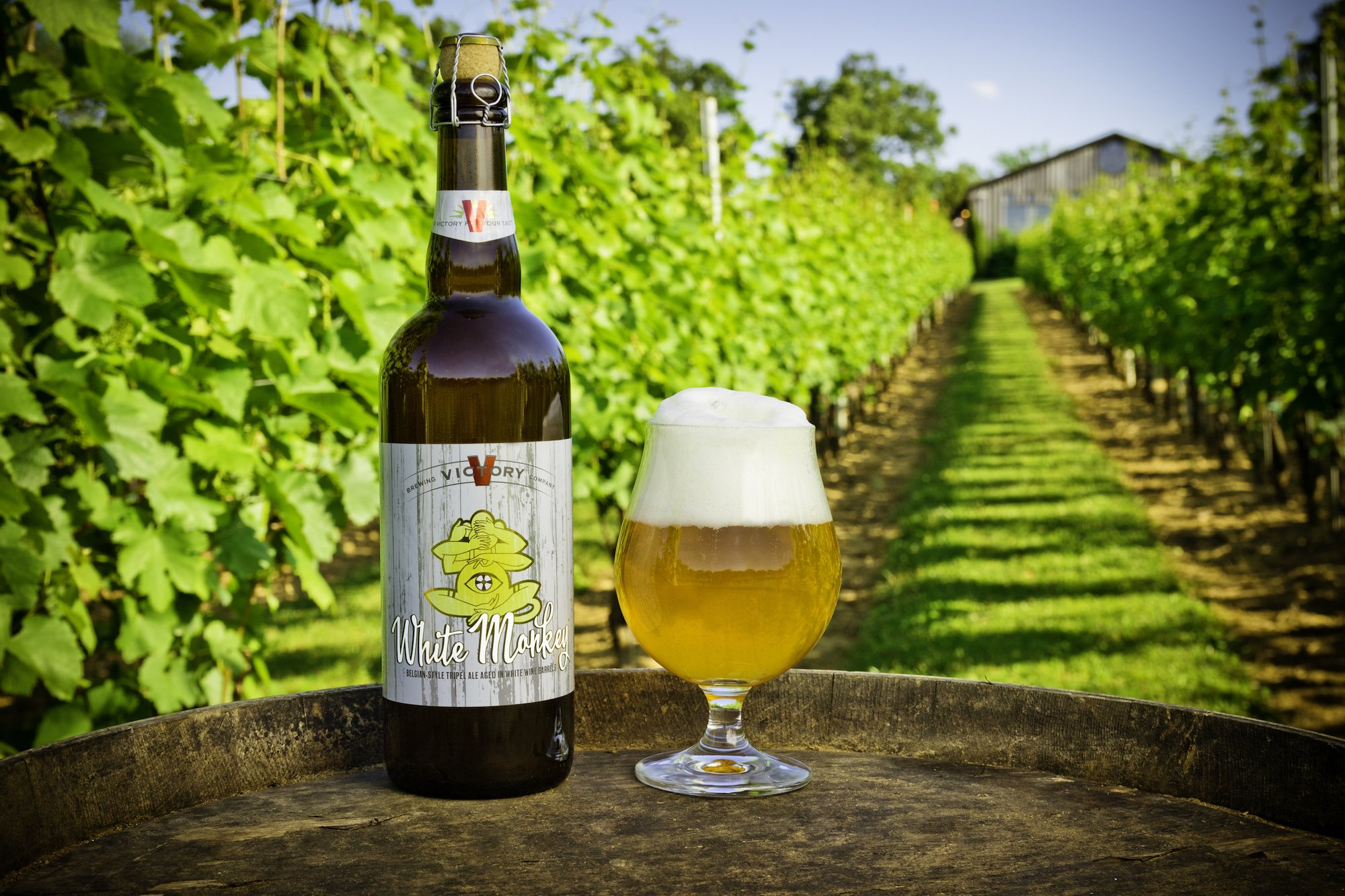 Victory Brewing Company’s flagship beer Golden Monkey has done its job of giving the brewery a certain notoriety among the craft inclined.  A few years ago, they decided their standard Belgian-style Tripel could do with some barrel-aging.  That’s when something amazing happened.

The White Monkey came to be from a batch of Golden Monkey aged for three months in white wine barrels, adding complexity through the barrel by way of vanilla, oak, and spices.  This, along with other barrel-aged versions of the Monkey, were offered as limited releases, but due to public outcry they are bringing it back.  Look for it July 2017.