This Guy Brewed Glowing Beer And Lived To Tell About It 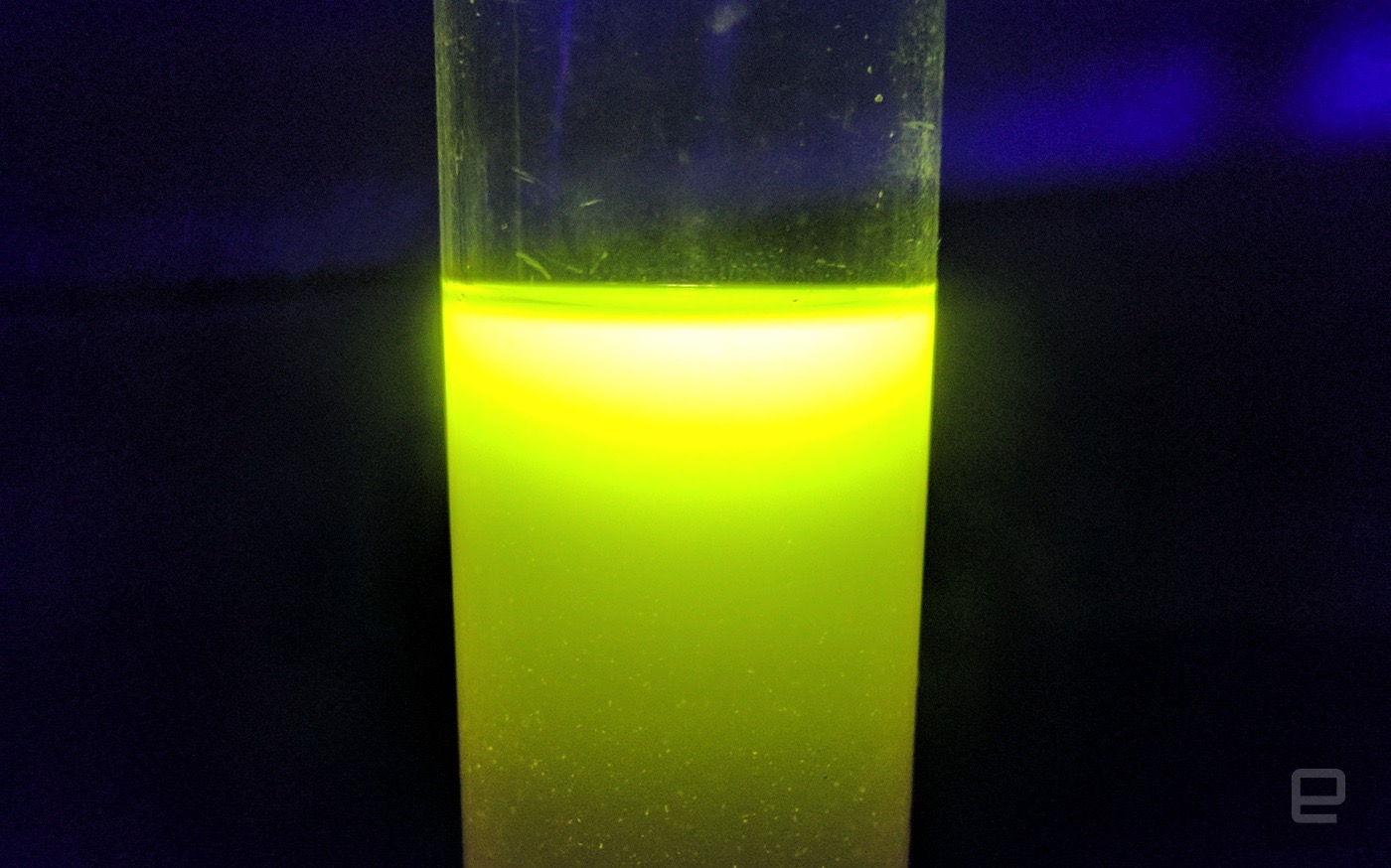 Terrence O’Brien has been brewing beer for 10 years. He admits he has brewed some pretty weird stuff. Like tossing in a box of Apple Jacks and dry hopping for example. But nothing as weird as a beer that glows. He used a new technology called CRISPR which in short is a DIY kit for $160 that lets you edit pieces of DNA and replace them with whatever you want.

Terrence started by waking up his dried French Saison yeast and streaking it onto plates to grow for 24 hours.

When it was time to introduce the plasmid (a small molecule of DNA) carrying the genes I want the yeast to adopt. The genetic code introduced in this case tells the yeast to produce green fluorescent protein, which is what causes it to glow. Basically, we’re tricking the yeast into thinking the DNA we introduced is its own so that it makes the Cas proteins that will cut out the parts we want to replace.

After the yeast is mixed, it is rested in warm water baths and is then streaked across plates to let the new modified yeast grow.

A few days later, I had yeast that glowed green under a black light.

The final product glowed but as the beer settled the glow became fainter and fainter.

You can read more about Terrence’s experience and his use of CRISPR technology here.

tcoan
Filed Under: All Things Beer